Careers » Career Advice » Students & Recent Grads » Pro Re Nata (aka “PRN”)…Is It For You? 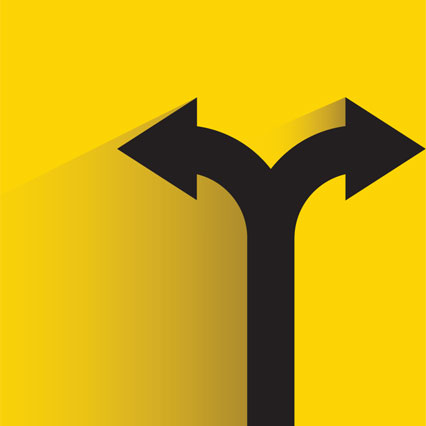 “Pro Re Nata”—the Latin phrase meaning “as necessary” that’s more commonly known in medical circles simply as “PRN” can strike fear into the heart of an RT looking for a full time position. New grads, especially, don’t even want to think about accepting a job that’s not permanent and doesn’t offer benefits.

But seasoned therapists have a different take on the matter. Consider the following insights shared by AARC members who either work PRN now or have worked it in the past—

Pamela Kayser, RRT, RPFT: She worked PRN for about eight months back in the 1980s and enjoyed making her own hours. “Financially it was okay,” says the pulmonary diagnostics supervisor and soon-to-be new lung navigator at Southern Ohio Medical Center in Portsmouth. “I was working almost 40 hours a week and job-wise did everything the other techs did.” When she realized the hospital needed staff, though, she took the bull by the horns and threatened to quit if they didn’t bring her on full time. “I figured it was time for a sink or swim offering.” That was 28 years ago, and she’s been working there full time ever since.

David Wolfe, MSEd, RRT-NPS, RST, RPSGT, AE-C: While never his main job, he worked PRN at a couple of New York hospitals over the years and enjoyed the chance it gave him to see how different hospitals approached respiratory care. He received a full time job offer along the way too, but didn’t take it since he already had one. Now educational coordinator at Crouse Hospital in Syracuse, he tells students who ask him about PRN positions, “Take it! In all likelihood, you will be offered a full time or part time position when it becomes available.”

Lena Cleveland, RRT: After starting her family in the late 1990s, she actually sought out a PRN position at the Billings Clinic in Montana, where she previously worked full time, so she could have a more flexible schedule while raising her children. She’s still working PRN today for that same reason and says she’s loved the chance it’s given her to work in different areas, like pulmonary function testing, pulmonary rehabilitation, and home oxygen. “It’s all interesting work, no matter what it is, if you have an open mind and are willing to learn.”

Lisa Grenier, RRT: As a military spouse who moves around a lot, she says PRN positions simply fit her lifestyle. “I needed the ability to say I am not available because my husband would be out of town.” While it can be tough to predict what her pay will be from paycheck to paycheck, she and her husband, who are now in Hawaii, sit down and figure out what they need, and then she tells her supervisor, who will usually have no problem accommodating those needs. She believes her work ethic has a lot to do with that. “I integrate myself into the department as any regular employee would by joining a committee or offering to help on departmental projects. This can help me get the time I need and let the department know that I am ‘all in.’”

Lawrence Johnson, RRT: He once translated a PRN position into not only a job offer, but a job offer as manager of the department. “People at the facility were familiar with my work ethic, personality, and skills. That is a competitive advantage when those are positive,” he says. Today he’s director of cardio, pulmonary, neurodiagnostics, and sleep at Baystate Health in Palmer, MA. His advice to young people just starting out: “Take it and give it all you’ve got. You get back what you put into this profession.”

Jenifer Graves, RRT: She was fresh out of school in 2005 and the only job she could find was PRN. After two and a half years, she was offered a 50% position and jumped on it. Now she serves as clinical manager of respiratory care and interventional pulmonary at UCSD in La Jolla, CA. “I love the staff I work with and my current bosses,” she says. “I would have tolerated a PRN position just to say I work for UCSD.”

Sharon Armstead, EMBA, RRT: She chose PRN after starting a family and was happy to work the more flexible schedule while her kids were growing up. Eventually she went back to full time, and ended up as a department manager, where her perspective on PRN RTs broadened markedly. “In today’s environment, the PRN staff can actually be the bread and butter. In my past rehab, I could not have survived without the help of PRN,” says the clinical assistant professor at Texas State University in San Marcos.

Wanda Arnold, RRT, CPFT: She took on a PRN position in addition to her full time job back in 2008 to help with unexpected medical bills and says young people just starting out should definitely consider it. “It’s a good way for an employer to get to know you and your work ethic.” Today she’s a therapist in the PFT lab at Cox Health in Branson, MO.