After working 46 years as a respiratory care practitioner, I retired on June 5, 2020. I hoped to retire a year later (at age 70). But, instead, I found myself retiring at age 69, as I suffered from a severe cardiac failure (CI<1.2). Fortunately, I had a crt-d pacemaker placed in July of 2020. That procedure allowed me to return to my normal activity level.

I experienced some difficult days in my career, where despite everyone’s best efforts, patients did not improve or did not survive. However, I did experience some amazing cases that motivated me on the worst days.

One example of such an experience was a 30-year-old woman with a 3-month-old baby at home. She had status asthmaticus and required mechanical ventilation. I was an assistant director at the time.

The Practitioner caring for her came to my office. She was deeply concerned. She told me that despite setting a low tidal volume, the ventilator constantly reached the maximum set high pressure setting. Unfortunately, no change in peak flow or set rate settings made a difference. A trial of pressure control mode also did not help. Measured volumes remained below 200 ml.

This case was in the mid-1990s. My guess is if this was toward the end of my career, she would have been placed on ECMO.

Not long after I entered her bedside, I observed no measured expiratory volume, so I attempted to manually ventilate her. A Pulmonologist looked at the monitor and saw a rapidly decelerating blood pressure. He then proceeded to insert two needles at the second left and right intercostal spaces. Suddenly, I could manually ventilate the patient. The patient returned to the ventilator after chest tubes were placed. We continued to struggle with high peak pressures.

The pulmonologist and an anesthesiologist approached me, asking if we could use Isoflurane with an ICU ventilator. Working with the anesthesiologist, we came up with the following: a 900C ventilator, anesthesia vaporizer, external IMV set up (to prevent gas escape to room during pressure limit release), anesthesia evacuation unit connected to wall suction, and an added external alarm. After adding an IV pressor to keep her BP up, the Isoflurane was well tolerated. However, an ABG taken an hour later revealed a decrease in PaCO2 from 139 to 81 mmhg.

Eventually, she weaned off the ventilator. Then, after a short stint in a rehabilitation unit, she went home to be with her baby.

This case made me proud to be a respiratory care practitioner, and it was a significant career motivator.

Another clinical situation that turned out to be a major motivator involved a premature infant. The child had severe cardiopulmonary issues. At one point, she required CPR. She later developed pneumothoraces of both lungs and required chest tubes. We switched her to a jet ventilator. She responded well to HFJV. She eventually weaned off mechanical ventilation, and a little later, she was discharged home.

Two years later, the parents visited the NICU with their little girl. She was a very active child with normal speech development. Outside of thick lens glasses, she was perfectly normal. Tears of joy filled the NICU during her visit. This experience was a major motivator and a great memory to hold onto on a bad day.

There were other great success stories during my career. Not all were as dramatic as these two cases, but they were all motivating. They were what made going to work all worthwhile.

One other motivating factor was the ability to communicate with physicians. My BA in psychology may not appear to relate to respiratory care skills. However, it turned out to be very helpful.

As a psychology student, I read several studies concerning human behavior. My professors had us break them down to the following assessments:

Later on, in my respiratory care education, I was comfortable searching the Index Medicus to find literature on a specific topic. I would then search the library aisles to find the right bound periodicals. I then used the skill I learned as a psychology student to critically review the studies.

As a practitioner, I sometimes found myself disagreeing with a physician. I would go to the hospital library (on my break or after work) and search for evidence. Sometimes I found out that I was wrong. However, I owned up to it and learned something. Quite often, I found that the evidence supported my position. Although a few physicians would refuse to change practice, I found that the vast majority responded well to a presentation of the evidence.

As I progressed to positions such as director and coordinator of Pulmonary Services, the literature became available on a PC sitting on my desk. Along with PubMed and Covid, I began using Cochrane meta-analysis reviews. Cochrane would review all the literature to assure: comparability , randomization of subjects, methodology and the significance of results. The authors then took all the literature that met strict criteria and looked for statistically significant results from the combined data. Reviewing several studies listed in the bibliography and comparing them to the author’s conclusions was a big help in understanding the evidence.

In conclusion: I found respiratory care to be a gratifying career. The ability to learn and help others was tremendous. John dedicated 46 years of his life to the respiratory therapy profession and retired at the age of 69. 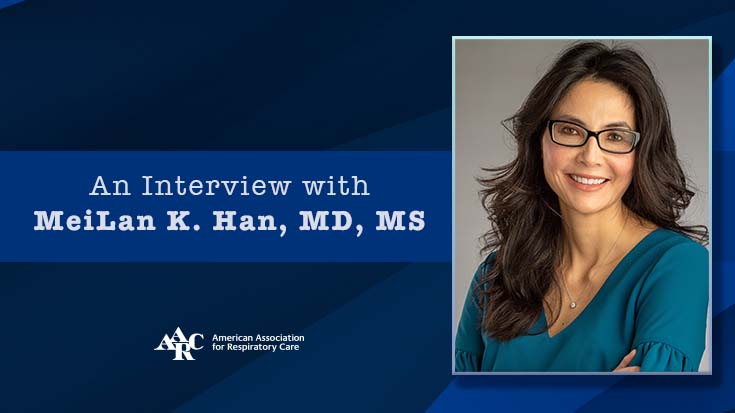