Ted Koppel to Give Keynote at AARC Congress 2019 Most people know Ted Koppel for his award-winning journalism. From his coverage of John F. Kennedy’s funeral in 1963 all the way through his 26 years as anchor and managing editor of ABC’s Nightline and beyond, he has kept the nation and the world informed about the news of the day.

Indeed, when he left ABC after 42 years, he was the most honored reporter in the network’s history, having received more Overseas Press Club awards than the previous record holder, Edward R. Murrow, and eight George Foster Peabody awards. He also won the Columbia-DuPont award, considered the Pulitzer Prize of television, 12 times, and 23 Emmy’s, including one for lifetime achievement.

But in recent years, Ted Koppel has forged a big reputation in the world of respiratory care too, as he has worked side-by-side with his wife and COPD patient Grace Anne Dorney Koppel to raise awareness of the condition and bring much needed pulmonary rehabilitation services to underserved areas of the country.

Ted Koppel will share that journey with attendees at AARC Congress 2019 in the keynote address. We spoke to him earlier this week to get a glimpse of the kind of information he’ll be covering.

Like most other families affected by COPD, it all began with shortness of breath.

“It’s hard to think about anything else when you can’t breathe,” Koppel said. “Not being able to breathe focuses the mind.”

When Grace Anne received her diagnosis in 2001, the prognosis was grim. Her pulmonologist told her she had an incurable disease and gave her 3-5 years to live.

Many times patients who hear words like those just give up and the prognosis turns into reality. Grace Anne decided to fight instead, and thanks to pulmonary rehabilitation and proper medication management she not only proved that pulmonologist wrong, but has gone on to become one of the strongest advocates for COPD awareness out there today.

“Grace Anne already knew she was having trouble breathing,” Koppel said, “but the way that she was told was almost as important as what she was told . . . he neglected to point out the other half of the equation. You may have an incurable disease but it is also very much a treatable disease.”

In the years since, he and his wife have established a number of pulmonary rehabilitation programs in underserved areas of the country to ensure more people with COPD get the kind of treatment that has allowed Grace Anne to live such a productive life over the past 18 years.

“We wanted to share that knowledge with as many other COPD patients as possible,” Koppel said. The feedback they’ve gotten from the people who have taken advantage of those PR programs provides the fuel that keeps them on the COPD bandwagon.

“Time after time we hear from patients who have done the pulmonary rehabilitation program and are still continuing to exercise,” he said. “They all say the same thing – this has changed my life.”

The Koppels have worked closely with respiratory therapists on these efforts and Ted Koppel cannot say enough good things about RTs and their commitment to their patients, calling them the unsung heroes and heroines of COPD.

“I wish that more Americans . . . would realize how much of a difference respiratory therapists can make in a COPD patient’s life,” he said.

When Ted Koppel takes the stage for the keynote address at AARC Congress 2019 in November, he’ll have many messages for the RTs in attendance, but one thing he for sure wants everyone to know is that while it is true that COPD is currently incurable, it is not true that it is untreatable.

“The more COPD patients who come to understand that, the better their lives will be and the better the lives of their caregivers will be,” he said.

Making sure more people come to that realization is going to take a concerted effort to raise awareness of the condition, and he and Grace Anne plan to continue working for the cause.

“The important thing is, we’ve got to realize that there may be as many as 30 million people in this country with COPD,” he said. All of those people have at least two or three family members and two or three friends who care about them, and if you put those numbers together you have more than 100 million Americans who could potentially rise up and insist that Congress provide greater funding for the kind of research that could one day result in a cure.

According to Koppel, “that represents a formidable political force, and if we can get even half of them together we can move mountains.” 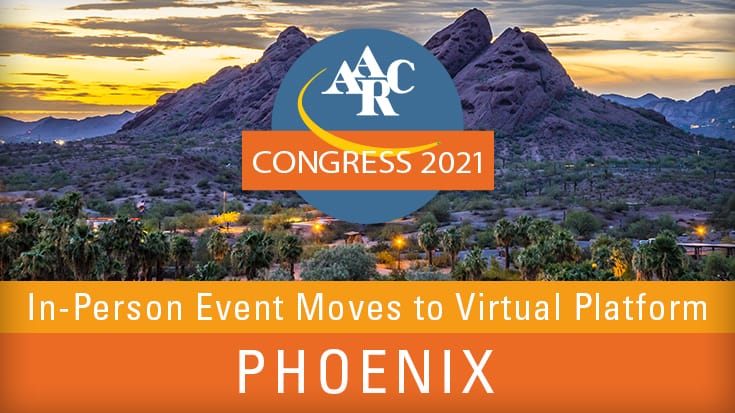 Congress 2021 LIVE! Kicks Off Next Week

ZDoggMD to be Congress 2018 Keynote Speaker