The AARC was saddened to learn of the death of Robert Weilacher, BHA, RRT, FAARC, who passed away in Tucson, AZ, in April at the age of 82.

A member of the AARC since 1960, Weilacher played an instrumental role in the growth of the Association during its early years, serving as president in 1971 before taking on the role of executive director, a position he held till the late ‘70s.

Sam Giordano, MBA, RRT, FAARC, who became executive director in the early 1980s, remembers Weilacher as the AARC leader who took him under his wing when he was first elected to the AARC Board of Directors and says he continued to serve as a mentor throughout his career.

“Bob had a knack for identifying and encouraging younger leaders and instilling values focused on patients and the AARC’s role in helping them,” Giordano said. “I have no doubt he influenced the trajectory of many careers, including mine.”

He credits Weilacher for opening new doors for the Association during the years he spent at the helm of the AARC.

“He helped us become independent as an organization and chart our own course for our profession to better serve our patients and increase our value to the health care system, especially our physician partners,” he said.

One of the most significant contributions Weilacher made to the Association came in 1977 when he spearheaded the development of a new magazine called AARC Times to provide members with news and information about clinical and managerial issues in the profession, along with feature stories about RTs and how they were impacting patient care and the hospitals where they worked.

In his introduction to the first issue in July of that year, he likened the launch of the new publication to flying an airplane for the first time, writing: “The analogy may be exaggerated, but we also feel a tenseness and a joy as we publish AARTimes and wait to see if it will ‘fly’ and if we can fly it.”

He revisited that analogy in an article he wrote in honor of the publication’s 15th anniversary in 1992: “Obviously, I’m delighted that AARC Times is still ‘flying’ and that the magazine has developed into such a vibrant periodical for the respiratory care profession.”

Ray Masferrer, RRT, FAARC, who served as managing editor of the magazine for many years prior to his retirement, recalls his determination to see the new publication to fruition.

“He was instrumental in the creation of AARC Times,” Masferrer said. “I was there at the time, and it was his idea. He ran it by me, we talked about it, and we had different ideas of what it should be. To his credit, his idea was better than mine.”

Specifically, Masferrer was thinking of a newspaper type publication. Weilacher saw a full-blown magazine. The latter won out and Masferrer says the Association was better off for it.

Weilacher was an early proponent of preserving the history of the Association as well, and for many years after leaving the Executive Office served as AARC historian.

Current AARC historian Trudy Watson, BS, RRT, FAARC, says Weilacher’s early work in this area, some of which is still available on the AARC website today, spurred her to advocate for the AARC Virtual Museum that now houses a plethora of memorabilia and other resources pertaining to the field.

“In his role as AARC historian, Bob conducted interviews with many past presidents and key members involved with critical issues the Association faced over the years,” Watson said. “When I initially proposed the concept of a virtual museum, Bob was one of the strongest advocates for the project.”

She says he served as a key member of the team that developed the criteria for the Legends of Respiratory Care program and offered other support as she brought the project to fruition.

“I am honored to follow in his footsteps as AARC historian,” she said.

Bob Weilacher was a Life Member of the AARC and received the Association’s highest honor, the Jimmy A. Young Medal, in 1994. He became a Fellow of the AARC in 2001.

He continued to work in the profession long after leaving the Executive Office, spreading his passion for the role RTs could play in patient care. In a 2007 interview that appeared in AARC Times for the Association’s 60th anniversary, he shared that passion with readers.

“The ever-expanding employment opportunities and practice challenges have kept me devoted to the profession these past 48 years,” Weilacher said. “This very day I reviewed a shift in some long-standing practice strategies that will change the way we do things in a sleep lab I manage. I still work and live in as exciting times as I did in 1959.” 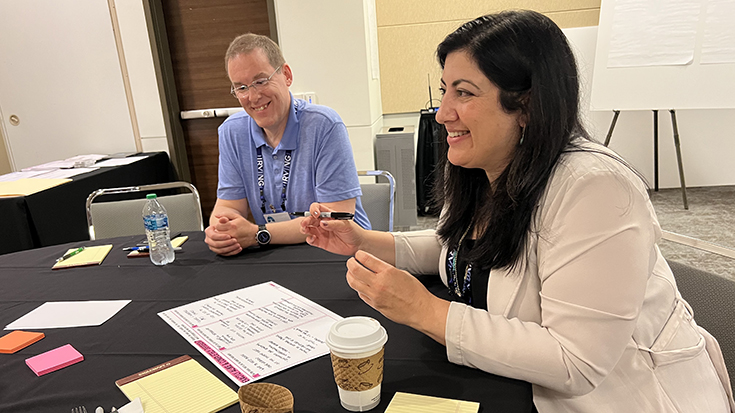 AARC Prepares for a New Strategy Message From the Executive Director: Thanks for the Warm Welcome