CPAP is the standard for treating obstructive sleep apnea (OSA), but unfortunately, many patients cannot or will not adhere to the therapy.

Researchers from the University of Gothenburg believe drugs that inhibit an enzyme called carbonic anhydrase (CA) may be the answer. The enzyme plays a role in helping maintain a balance between carbonic acid and carbon dioxide in the body.

The study randomized 59 patients with moderate to severe OSA to either 400 or 200 mg of the CA inhibitor sulthiame or placebo. Patients who took the active treatment showed a reduction in apneas, and they also had better oxygenation.

“Among the patients who received the higher dosage of the drug, the number of breathing pauses decreased by approximately 20 per hour,” said study author Jan Hedner, a professor of pulmonary medicine. “For just over a third of patients in the study, only half of their breathing pauses were left, and in one in five the number fell by at least 60%.”

Side effects such as headache and breathlessness were seen in some, particularly in those receiving the higher dose. CA inhibitors currently treat conditions like glaucoma and epilepsy.

The study was published by the American Journal of Respiratory and Critical Care Medicine. Read More

A study out of UCLA suggests that 30% of people with COVID-19 will develop long COVID.

That finding was based on data on 1,038 people enrolled in the UCLA COVID Ambulatory Program. Among that group, 309 were diagnosed with long COVID, defined as having persistent symptoms 60 or 90 days following the initial infection.

Long COVID was more common in those with a history of hospitalization and diabetes and those with a higher body mass index. People on Medicaid and those who had undergone an organ transplant were less likely to end up with long COVID.

Older age, ethnicity, and socioeconomic status were not associated with a greater risk for long COVID.

The most persistent symptoms reported by patients who had been hospitalized, at 31% and 15%, respectively include fatigue and shortness of breath. In patients treated on an outpatient basis, loss of sense of smell was the most frequent issue, reported by 16%.

The study appeared in the Journal of General Internal Medicine. Read More

IL-3 May Actually Be Good for Asthma

Interleukin-3 (IL-3) may not be the inflammatory problem thought to be for people with bronchial asthma.

According to German researchers who looked at both healthy and asthmatic children from a large database in Europe, children whose asthma was well controlled with an inhaled corticosteroid had higher IL-3 production caused by activated peripheral blood lymphocytes. A positive correlation was also seen between IL-3 in nasal fluid and the anti-inflammatory soluble form of the ST2 receptor.

Those findings led the investigators to suggest that IL-3 may contribute to alleviating asthma. They tested their theory in mice models. Results showed that intranasal IL-3 administration had a regulatory effect on the immune system. It induced regulatory T cells, decreased the number of pro-inflammatory eosinophil cells, and reduced mucus production in the lungs.

The activation of inflammatory innate lymphoid type 2 cells, which secrete substances that can participate in the development of allergic diseases, was also decreased by the treatment.

The study appeared in Frontiers in Immunology. Read More

The FDA granted Breakthrough Therapy Designation to Zambon, a multinational pharmaceutical company, for its nebulization solution. This solution aims to reduce the incidence of pulmonary exacerbations in adult patients with non-cystic fibrosis bronchiectasis (NCFB) colonized with P. aeruginosa.

The designation was based on Phase 3 trial data. This data showed that the company’s colistimethate sodium powder for nebulization solution (CMS I–neb) significantly reduced the annual rate of exacerbations in patients with NCFB and P. aeruginosa chronic infection.

Patients who received the drug had fewer severe exacerbations and a longer time to first exacerbation. They also demonstrated an improvement in quality of life. In addition, CMS I–neb was well tolerated, and adverse events were similar between the treatment and placebo groups.

“With no approved drugs for patients with NCFB colonized by P. aeruginosa anywhere in the world, the Breakthrough Therapy Designation by FDA marks an important step forward in support of our mission to develop and provide treatment options for people with rare and severe respiratory diseases,” said Zambon CEO Roberto Tascione. Read More

Reducing Work of Breathing is Important Too

Using computational simulations of 120 COVID-19 patients, researchers from the U.K., U.S., and Ireland found that noninvasive respiratory support is more likely to be successful if it helps patients reduce their effort to breathe and improve their oxygenation.

The researchers found that while all the therapies improved oxygenation, they could also put undue stress and strain on the lungs. If those stresses and strains increase to damaging levels, simply improving oxygenation may not be enough to keep patients from needing invasive ventilation.

“There is concern that strenuous breathing can further damage the lungs of COVID-19 patients,” said study author Dr. Luigi Camporota, from Guy’s and St. Thomas’ Hospital London. “Our study found that reductions in patients’ breathing efforts after commencing noninvasive respiratory support could be a key indicator of its likely success. These results provide urgently needed evidence to help clinicians manage and optimize the treatment of COVID-19 patients in a way that averts additional and preventable lung injury.”

The study was published by the British Journal of Anaesthesia. Read More

According to the company, the drug contains thousands of signals responsible for cell-to-cell communication and harnesses the natural healing power of mesenchymal stem cells without requiring the actual addition of stem cells.

Dubbed “Extinguish Covid-19,” the study will be conducted among ARDS patients in the U.S. and elsewhere, with the overall objective being to reduce mortality when compared to standard care alone.

“The growing body of clinical data indicates that ExoFlo is a drug that brings hope to the treatment of a disease for which the standard of care has not improved in decades,” said Chief Medical Officer Dr. Vik Sengupta. Read More 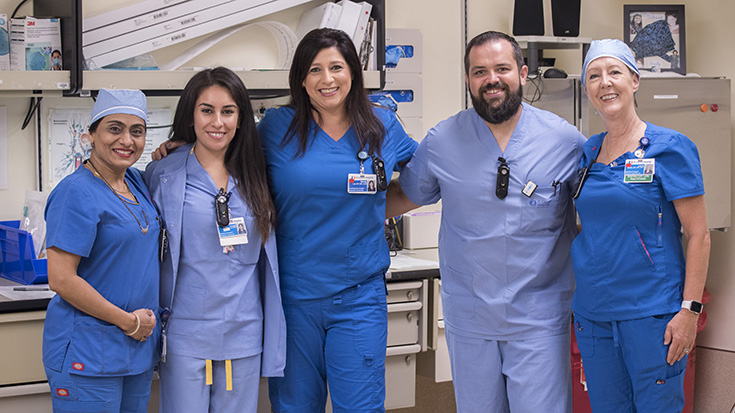