In 2016, the AARC circulated a survey aimed at looking at the role of the respiratory therapist in pre- and post-discharge practices specific to COPD.

Now the results are in, and according to AARC Executive Director Thomas Kallstrom, MBA, RRT, FAARC, who co-authored an abstract on the study that was presented at the recent American Thoracic Society (ATS) conference, the findings suggest home oxygen patients could benefit from greater RT involvement in their care.

Kallstrom believes RTs have enhanced skills regarding oxygen and delivery systems for the home, and the results of this study suggest those skills are being underutilized.

“The RisOTTO study has documented multiple opportunities for respiratory therapists to play a more prominent role to improve hospital to home transitions for hospitalized patients with COPD who are on oxygen,” Kallstrom said.

Home oxygen patients who took part in another survey presented at the ATS conference echo that sentiment. Conducted online by the ATS Nursing Assembly Oxygen Working Group, which included representation from the AARC, the poll was answered by 1926 home oxygen patients who weighed in on everything from equipment to access to quality of life.

“Looking closer, 35% reported being either ‘very’ or ‘somewhat’ unprepared to operate equipment even after instruction,” Kallstrom said. “Again this drives home the point that the RT is underutilized in the education on the oxygen delivery devices that the patient receives.”

The survey also suggested patients need more testing to ensure their oxygen prescription is correct. Kallstrom believes the RisOTTO study backs up that premise too, and sees it as an area where greater RT involvement could make a difference. “There is a notable discrepancy regarding O2 assessment before discharge from the hospital, especially for determination on activity and sleep assessment.” 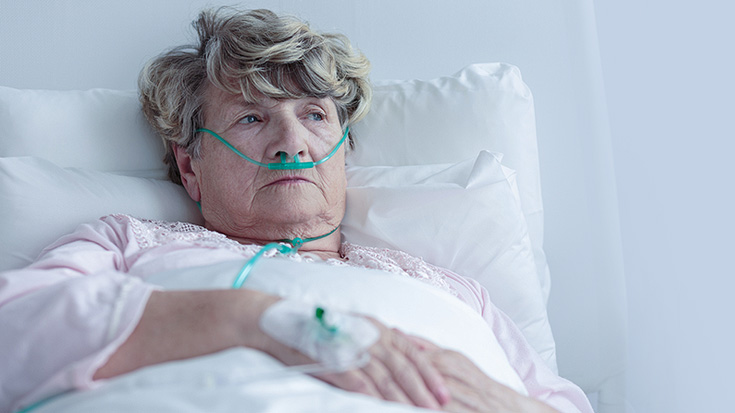