E-Cigs and Youth: What RTs Need to Know

E-cigarettes are being touted as a path to quitting for people who smoke. The jury is still out on the value they add, although some studies have found a benefit.

But what about children and teens whose very first experience with smoking is not a traditional cigarette, but an e-cig?

“There are more new e-cigarette users than cigarette users among youth,” said Dr. Waugh, who is the professor and chairman of the department of cardiopulmonary sciences at Samford University in Birmingham, AL. “It is a serious concern that youth who have never used tobacco are trying e-cigs. This may increase the risk that they progress to tobacco.”

A recent study out of the Center for Tobacco Control Research and Education at the University of California, San Francisco adds to the evidence. Researchers there found children who experimented with any alternative form of tobacco — including e-cigarettes — were twice as likely as others to have tried a regular cigarette at follow up.

Published by JAMA Pediatrics in January, the study was based on a nationally representative sample of more than 10,000 children ages 12 to 17, and is the largest study to date to estimate the link between alternative tobacco use and the subsequent start of conventional cigarette smoking in youth.

Effects on young bodies and brains

There is also concern about what e-cigarettes are doing to the bodies and brains of the young people who try them.

E-cigs don’t. And many children think they are just flavored smoke. According to the NIDA, 66% percent say flavoring is the only thing in the e-cigs they smoke.

Researchers from Florida International University have received a $2.1 million grant from the National Institutes of Health to look at how these products may be impacting the still developing brains of teens. Three hundred adolescents will be followed for three years to gauge the effects.

Device malfunction is another hazard

Dr. Waugh says the design of these products presents a hazard to kids as well.

“In addition to the chemical effects of e-cigarettes, there is the hazard of device malfunction that has led to serious injuries,” he said.

He points to a recent report featuring a surgeon from the University of Alabama at Birmingham who has operated on two patients with injuries caused by vaping pens and treated another five in the clinic.

“Also recall the AARC story on an RT who transported a patient injured by an e-cig explosion,” Dr. Waugh said. (You can read about her experiences here.)

“Just say no” is not enough

So what can RTs do to ensure fewer kids ever pick up that first e-cig? Dr. Waugh believes therapists should speak up and tell children what is known about these devices and how they could harm them.

“E-cigs can act as a ‘foot in the door’ that increases the risk of progression to tobacco,” he said. “If a youth is curious to try an e-cig or cigarette, the response should be more than ‘just say no’ — the parent and clinician should find out what is behind the interest and address it specifically and/or provide alternative options — i.e., weight loss, stress, etc.”

Want to learn more about e-cigarettes and tobacco cessation in general? Sign up for the Tobacco-Free Lifestyle Community on AARConnect and join the discussion. 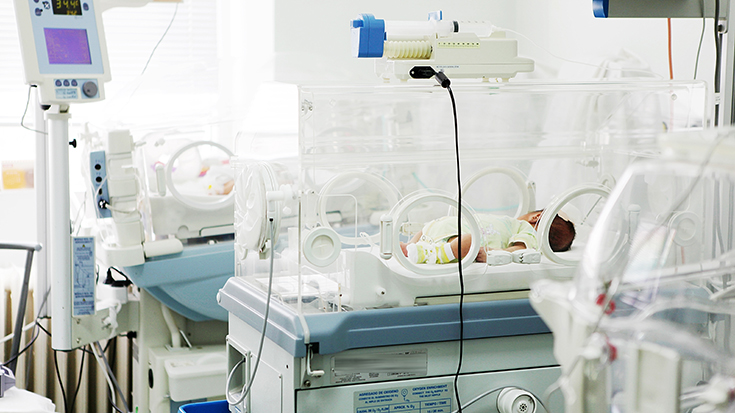