Why I’m Pursuing RT: A Love Story Led the Way

Collin College RT student Melissa Reitz was looking for a fresh start in life just as she was about to turn 30. A move from Wisconsin to Texas seemed like a good first step, and she packed up and headed south. 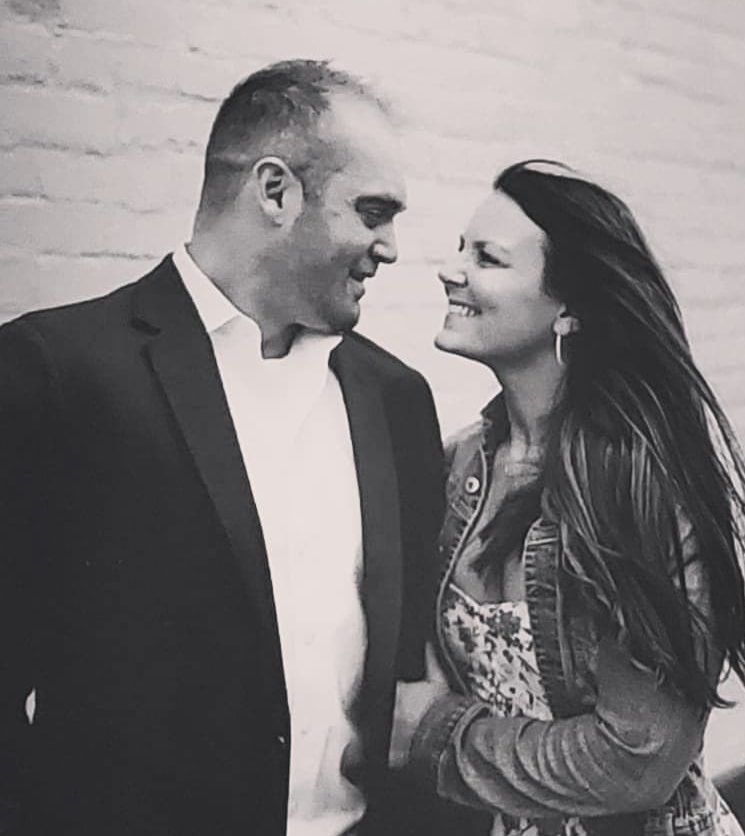 Meeting the love of her life turned into a new career for RT student Melissa Reitz.

About two months after arriving in Texas in August of 2016, she was working out in a local gym when she met a really nice guy.

“We found we were both big family people; we were into sports, fitness, and dogs,” she said. “I was new to the area, and he was so kind to me.”

They exchanged phone numbers and continued to talk.

A few weeks later, that nice guy — who is known by all by his nickname “Boo” — had to go into the hospital due to complications from cystic fibrosis. She went to visit him, and their connection grew deeper.

“Sometimes I feel like it should have felt more difficult or odd to me, dating someone who wasn’t likely to live to see their 40th birthday, but things were so natural with Boo,” she said. “I never once questioned whether or not to get into a relationship with someone with a chronic, progressive disease. I just wanted to be with him, and that’s all I knew.”

She wanted to learn more

Of course, as is typical with many CF patients, Boo continued to be in and out of the hospital. Reitz quickly learned what’s involved in the long-term care of someone with the condition.

“He would go in when he could not take the pain or the chronic coughing and shortness of breath any longer, get some IV antibiotics, feel good enough to go home — then within 2-3 months, be right back in,” she said. “I spent a lot of days and nights with him in the hospital, and I went to most clinic visits with him.”

Those hospital stays and clinic visits gave her the chance to get to know his doctor, his PA, and many of his respiratory therapists. Fortunately, in August of 2019, things took a turn for the better — and that’s when Reitz knew her future lay in respiratory care.

His doctor and PA fought for him to get an early release of TRIKAFTA, a breakthrough triple combination oral therapy for CF patients with certain CF mutations. His health and lung functions then improved dramatically.

Seeing those changes sealed the deal for Reitz.

“I knew I wanted to go into respiratory care,” she said. “I wanted to learn more, not just about cystic fibrosis, but about lungs, breathing, and other diseases.”

Last year, she enrolled in the respiratory therapy program at Collin College in McKinney, TX, and will graduate in May of 2023.

She finally found her calling

“Being an RT student is pretty much a full-time job, but I would not change it for the world,” said Reitz. “I am so thankful that I finally found my calling in life!”

She says her instructors are amazing, and she loves how her class has come together as a family over the first 10 months of the program.

“I anticipate we will continue to get closer over the next year that we are together,” she said. “I definitely think we will be lifelong friends and possibly even colleagues down the road.”

She’s made a big impression on her class as well. They elected her to serve as class president, and she has enjoyed the opportunity the role has given her to help with events and fundraisers.

“I’m kind of the voice for my class,” she said.

While she’s found the program to be challenging — she struggled to grasp some of the tougher concepts for weeks before the lightbulb went on — she says that it’s all finally coming together.

“Being able to apply those concepts to clinicals in real life is all just really exciting and cool,” she said.

Reitz hopes to focus her skills on the ICU when she graduates.

“I’ve been fortunate enough to spend time in the ICU during clinical rotations, and I very much feel that is where I want to be,” she said.

She also wants to work at a non-profit hospital at some point in her career because she feels strongly that no one should ever be turned away from receiving the health care they need or be faced with crippling debt to get it.

Participating in cystic fibrosis research is on her list of career goals as well, and she’d like to be a flight RT one day too.

“That is one thing I did not realize when getting into the RT program — there are so many possibilities and different career paths to take,” said Reitz. “All I know is that with each passing day, I get more and more excited about my future as an RT.” Melissa and Boo at their wedding.

He hasn’t been back in the hospital since August of 2019, and she says he is the healthiest he’s been since he was a teenager.

Boo will turn 33 in June and is doing well as a top real estate agent in the Dallas-Fort Worth area. The couple married in 2020 and now has three dogs and a new home, and thanks in large part to the health care clinicians who went to bat for him, they are even thinking about kids.

“We are hoping to have a child through IVF once I’m finished with school,” she said. “He has gotten a full-blown second chance at life.”