The respiratory care community lost another leading member in August, with the death of Michael McPeck, BS, RRT, FAARC, on August 11.

A member of the AARC since 1971, McPeck was known far and wide for the evidence he added to the profession on the delivery of aerosolized medications. Mike McPeck left home in Dayton, OH, in 1966 to study inhalation therapy at the Hospital of the University of Pennsylvania, and he never looked back. He received his AS degree in respiratory therapy from Nassau Community College in 1972 and earned his bachelor of science degree in health care administration from St. Joseph’s College in 1985.

His long career in the field included service as director of respiratory care, pulmonary function, and biomedical engineering at Stony Brook University Medical Center from 1979 to 2001.

While he was already engaged in respiratory research before he got to Stony Brook, it was there that he got more heavily involved in the aerosol delivery research that would define much of his career.

“In 1991, Mike was the administrative director of respiratory therapy at Stony Brook,” said Gerald Smaldone, MD, PhD, a professor of medicine, physiology, and biophysics at Stony Brook University Medical Center who has long headed up the aerosol lab. ”I was the medical director. He approached me to discuss using nebulizers in the hospital vs. replacing them with MDIs. At that time, we decided to begin to study drug delivery using nebulizers during mechanical ventilation.”

According to Dr. Smaldone, McPeck’s work on aerosol delivery constitutes some of his most valued contributions to the profession. He cites four topics that specifically benefited from his study — aerosol delivery via facemask during continuous nebulization, how ventilators affect aerosol delivery, creating a model to study HFNC aerosol delivery, and regulating the delivery of inhaled vasodilators via HFNC. Studying aerosol delivery was a passion for Mike McPeck.

Dean Hess, PhD, RRT, FAARC, managing editor of Respiratory Care, recalls meeting McPeck during his years at Stony Brook and being impressed by what he saw in the aerosol lab.

“To this day, their lab is a leader in the field,” he said.

The friendship he struck up with McPeck then continued to flourish, and when Hess began running an aerosol lab of his own, he adopted methods directly from the Stony Brook lab for his own work.

Ann D. Cuccia, MPH, RRT-NPS, RPFT, AE-C, FAARC, director of clinical education and clinical associate professor in the respiratory care program at Stony Brook University, says McPeck was her first boss when she graduated from the cardiorespiratory science program at Stony Brook, and she credits him with encouraging her to get involved in research, expand her skills, and give back to her profession.

Part of that “giving back” included service to the New York Society for Respiratory Care, an organization McPeck was also actively involved in.

“Mike was a member of the core group that helped to license therapists in New York state,” she said. “He was dedicated to promoting and advancing the status and the science of the profession as shown by his numerous publications and involvement in R&D.”

Cuccia says McPeck was a visionary for the profession on other fronts, too, and shares a couple of stories to illustrate the point.

The first involved his willingness to step outside the traditional bounds of the profession back in the early 1970s to help critically ill patients with few other options for care.

From there, he and some colleagues found a school bus they could use as a transport vehicle, removed all the seats, and then installed gurneys in their place.

“They called it the MER Van — Mobile Emergency Room Van — and they picked up patients around the five boroughs,” she said.

Later in his career, he saw a need for better communication between RTs at Stony Brook and personally installed 40 antennae to create a wireless Respiratory Care Information System, continued Cuccia. That was in 1995, long before Stony Brook had a wireless system of any kind.

“Given the departmental experience, Mike facilitated the transition to the hospital electronic medical record,” she said. “He was always looking for ways to improve how we practice.”

McPeck left Stony Brook in 2001, first to serve as a respiratory care systems specialist at MediServe Information Systems in Arizona and then as the aerosol medicine sales and marketing director for Healthline Medical in California. From there, he served as executive director of respiratory care services at Long Beach Memorial Medical Center-Miller Children’s Hospital in Long Beach, CA.

In 2011, he headed back east to work remotely for Arizona-based Westmed, where he was widely credited with playing a major role in the development and release of the company’s Vibralung® Acoustical Percussor.

Along the way he authored or co-authored papers in numerous scientific journals, including Respiratory Care, CHEST, and more. He served as a consulting editor for Respiratory Care from 1976-1981 and again from 1983-1998 and had been an ad hoc reviewer since 1998. He served on the editorial board for the Journal of Aerosol Medicine from 1988-2000 and again in 2020. McPeck, second from the left, enjoys a dinner with friends and colleagues.

He lectured on respiratory topics at the AARC Congress and other meetings and events here in the U.S. and in countries around the world as well, and he played host to several international colleagues, including those taking part in the ARCF’s International Fellowship Program, at his facilities in the states.

McPeck received numerous awards for his work, including the Mitchell A. Baran Achievement Award for Clinical Excellence in Aerosol and Airway Clearance Therapies, the Monaghan-Trudell Fellowship for Aerosol Technique Development, and the Dr. Allen DeVilbiss Literary Award from the ARCF. In addition, he was made a Fellow of the AARC in 2003.

Committed to teaching, research, and service

Even after he officially retired from Westmed in 2016, McPeck was still thinking about ways to improve aerosol delivery for respiratory therapists and the patients they serve. At the time of his death, he was back at Stony Brook, once again working with Dr. Smaldone in the aerosol laboratory.

“After he retired, he began to work with me on a regular basis in my lab up until the day he passed away,” said Dr. Smaldone. “He was committed to teaching, research, and service.”

Dean Hess agrees Mike McPeck never really left the profession. He was in the process of reviewing a paper for Respiratory Care when he passed away, and he also had a paper published in the August issue and co-authored two others in 2022 as well, one in Expert Opinion on Drug Delivery in May and the other in the Journal of Aerosol Medicine and Pulmonary Drug Delivery in January.

He had four abstracts accepted to this year’s AARC Congress in New Orleans, coming up in November.

Said Hess, “He was academically productive to the end.” We Proudly Announce the 2022 AARC Fellows 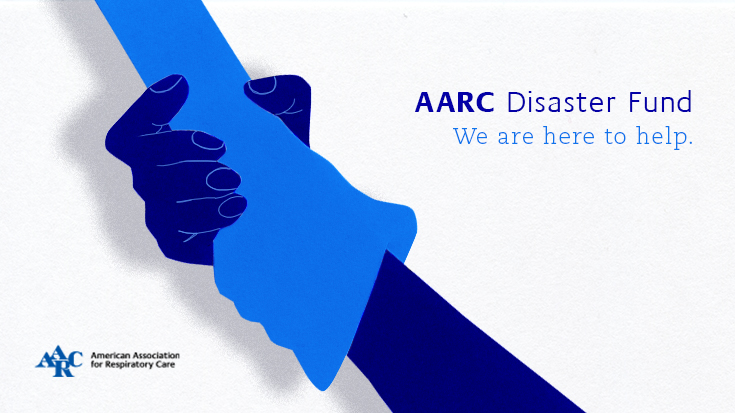