All patients are important people to be handled with care, but nowhere is that more true than in the neonatal intensive care unit. Here you find the sickest of newborns, many of them born so prematurely that it takes everything medical science offers to keep them alive outside of the womb.

Respiratory therapists who care for these little humans know they hold precious cargo in their hands and work tirelessly to get them home to their families.

As the nation marks NICU Awareness Month in September, AARC members Clifton Dennis, RRT, AE-C, and Steve Sittig, RRT, RRT-NPS, FAARC, share a couple of their favorite stories of working with the tiniest of patients.

A voice from the past

Dennis says he was drawn to the NICU setting over 30 years ago when he had a premature baby who spent four weeks in the NICU.

“I saw the most amazing care being provided by the nurses and especially the respiratory therapist,” he said.

That experience inspired Dennis to seek out a position in the NICU himself. And now, after 30 years in the setting, he is a pediatric lead therapist and asthma educator at Augusta University-Children’s Hospital of Georgia in Augusta.

One of his most memorable patients during those years was a little girl who he helped to transport to Children’s from a rural hospital.

“She went on ECMO for five days,” recalled Dennis. “She did amazingly well, and I kept in touch with the family for ten years or so.”

He eventually lost touch with them until a couple of years ago when he received a request he was more than happy to complete.

“This now young lady asked me to write her a letter of recommendation for nursing school, which I gladly did with a beaming smile,” he said.

Sittig, a clinical training specialist at Hill-Rom, estimates that 90% of his long career in the profession centered around the NICU.

“At my position at Mayo Clinic Children’s as a neonatal-pediatric transport clinical specialist, we only covered the NICU and PICU,” he said. “Seeing these fragile newborns grow and be discharged always made me feel rewarded that I helped in some way.”

Sittig can trace one of his best memories back to when the transport team was sent to a small hospital in Iowa to retrieve a baby who was having trouble breathing. On arrival, he and his nursing partner determined that the baby needed to be intubated, and he proceeded to do the intubation as she started a PIV.

“Through the windows of the nursery, we could see family watching us,” he recalled. “One older lady seemed to keep focusing on us as we stabilized the child.”

Before loading the baby up for the flight home, Sittig and his nursing partner took the baby to see her mom and dad and let them know when they could expect the doctor to give them a call.

“As I loaded the child back in the transporter, the older lady asked if she could ask a question,” said Sittig. What she wanted to know was, how long had they been doing this kind of work?

Sittig’s partner replied that they had been working together on the neonatal transport team for 26 years.

“The lady again pointed at us and said, ‘I thought so,’” said Sittig.

Then she pointed to the new mother and continued, “You picked up my daughter when she was born!”

Said Sittig, “It was very touching to be remembered after all those years — although I sure felt older on the flight home.”

NICU Awareness Month was established in 2014 by Project Sweet Peas and includes several Initiative Days within the month dedicated to specific groups involved in the care of these infants. September 28 has been specially designated as NICU Staff Appreciation Day, so take some time on the 28th to thank the NICU therapists you know for all they do.

The AARC has a wealth of resources available for neonatal-pediatric therapists, including the Neonatal-Pediatric Specialist Course and the Neonatal–Pediatrics Section. 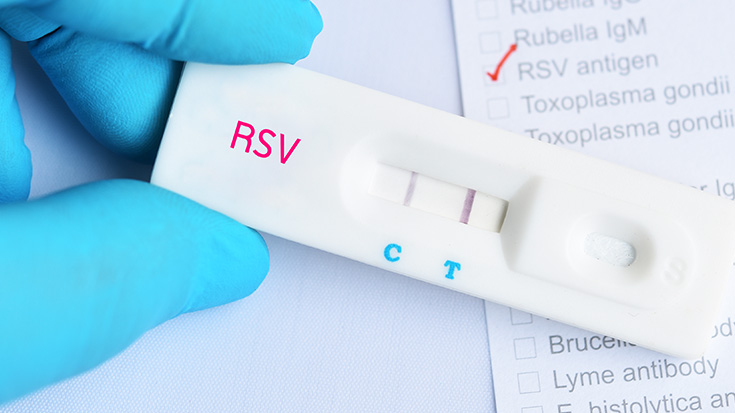