After nearly 23 years with the Association, AARC Chief of Staff/House of Delegates (HOD) Liaison Asha Desai, CAE, is leaving the AARC. Pam Russell, who has worked for the AARC in several capacities since 2018, has been promoted to the position of director of governance and strategic initiatives and will be assuming Desai’s role with the HOD.

Desai started her career with the AARC as a communications assistant, but when the customer service department was formed, she was asked to head up the development. 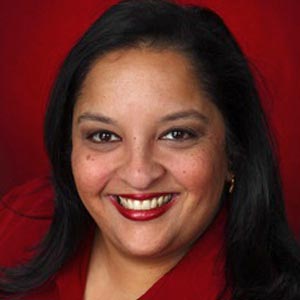 “Customer service successfully worked with all the departments to become a resource hub,” she said. “Having a team focused on customer service for everything was a big shift and a huge improvement.”

The success of this development process led to her next move within the AARC.

“Management wanted to replicate that at a higher level, so I was made the organization’s first project manager,” said Desai. While many of the projects she headed up over the years were internal, she has particularly fond memories of working with AARC Historian Trudy Watson, BS, RRT, FAARC, to build the AARC Virtual Museum.

Around that same time, she began serving as the HOD liaison, another role that gave her a chance to support a key element within the AARC.

“In addition to working with the House leadership on strategic development, being liaison has given me more opportunities to work with the delegates and affiliate leadership,” she said. “When I was promoted to chief of staff, I took the House of Delegates liaison role with me.”

Asha Desai is an Honorary Member of the AARC, so even though she is leaving the Association, she hopes to keep up with all of the friends she has made throughout the years through AARConnect.

Pam Russell started at the AARC as the exhibits coordinator and, from there, moved up to the position of director of corporate engagement. The latter initiatives are expected to have a wide-ranging impact on nearly all levels of the Association.

Said Russell, “I’m excited to be working with the HOD and state affiliates.”

The AARC would like to thank Asha Desai for her many years of service and wish her well wherever this next step in her career journey takes her. We are also excited to have Pam Russell at the helm of the state societies, HOD, and our new DEI initiatives.