You’re Well Established in Your Career. Is Going for a Master’s Degree Still Worth it? Yes! Here’s Why.

Respiratory therapists who deliver hands-on care to patients at the bedside may be the most influential people in the respiratory care profession. The treatments they provide and the procedures they perform make the difference between life and death for so many people suffering from respiratory disease.

For the most part, these RTs earn two- or four-year degrees for their education. Yet, the training they receive in those programs equip them with the knowledge and skills they need to become competent clinicians and clinical supervisors.

But what if, a few years down the road, these therapists decide they want more? A promotion to upper management. A chance to engage in clinical research. An opportunity to teach the next generation of therapists.

Even if you are well established in your career, with plenty of bedside or supervisory experience to prove it, fulfilling those aspirations could be tough with the associate’s or even bachelor’s degree that brought you into the profession.

For those kinds of career paths, a master’s degree may be what it takes to succeed. Scott Dabbene went back to school for an MBA focused on organizational management in 2002.

Scott Dabbene, MBA, RRT, found himself in just such a position back in 2002. He was assistant director of respiratory care at Montefiore Medical Center in The Bronx, NY, at the time and had his eye on eventually landing the director’s role.

“I looked at the people who were in positions higher than mine in the organization, and I saw that many had a master’s degree of some kind,” Dabbene said. “I didn’t want to be told that the lack of a post-graduate degree would prevent me from being considered.”

Despite his years in the profession and the success he had already enjoyed by moving into the assistant director position at a major teaching hospital, he decided it was time to head back to the classroom. Abigail Tate, MBA, RRT, followed a similar path. After earning her bachelor’s degree in health administration, she was offered the cardiology and respiratory care manager position at her hospital and quickly accepted. Her CNO at the time mentored her to pursue training in Lean/Six Sigma as well, and she felt like she was ready to tackle the managerial world with confidence.

But she knew her bachelor’s degree would only take her so far.

“I have met some resistance in promoting myself over the years because I am not a nurse, and there are many positions that require an RN, even though I would be fully qualified otherwise,” she said. She figured a master’s degree would level that playing field. As soon as she graduated with her bachelor’s degree, she decided to pursue a master’s degree as well.

Which way to go?

Deciding which master’s degree to seek was something both Dabbene and Tate took under careful consideration, and it’s no wonder. These days you can earn a business-oriented master’s degree in everything from finance to accounting to human resource management and more. Master’s degrees focused on education run the gamut as well.

Several universities are now offering master’s degrees geared to respiratory care, including Ohio State, which recently became the first to roll out an MS degree. This progression led to the Advanced Practice Respiratory Therapist.

After careful thought back in 2002, Dabbene enrolled in an MBA program focused on organizational management at the Metropolitan College of New York.

“I chose organizational management over health care administration because I saw hospitals were being run like a business,” he said. “Also, I felt it could potentially open up more opportunities if I decided to leave the hospital for the business sector.”

Tate went for a general MBA, graduating in 2017 from Western Governors University.

“I decided to pursue my MBA because I felt that it was more diverse than a master’s in health care administration, which is the focus of my bachelor’s degree,” she said. “I felt that the MBA made me more marketable.”

Both of these therapists believe their master’s degrees have paid off in their career advancement.

“The MBA program taught me a great deal about business, and this is a perspective that can be very beneficial in health care leaders,” Tate said. ”It is very valuable to understand both the clinical side, as well as the operational and financial side of an organization.”

Tate now works as a quality improvement coordinator at Centura Health in Pueblo, Colorado. She believes her MBA gives her credibility when engaging with members of the executive team in her organization. She credits her current job directly to her MBA and calls it instrumental in opening the door to her involvement in the quality department.

“In my position, I work on a variety of projects,” Tate said. ”Basically, we measure clinical outcomes and determine where we have opportunity for improvement. Then we help to facilitate the workgroup in developing interventions to fix the problem.”

Once they find an intervention that works, they measure the outcomes and report them out to the organization as a whole, ensuring they continue to monitor the situation for any further changes that may be needed.

While her MBA gave her the business awareness she needs to do the job, Tate emphasizes her background in respiratory care has come into play. She says the diverse breadth of experience RTs get at the bedside — working in literally every corner of the hospital, from the newborn nursery to the geriatric ward — offers a level of understanding about how a hospital functions that most clinicians don’t have.

“We attend births and deaths,” she said. “You would be very hard-pressed to find an RN with that type of experience.”

A ticket to success

Dabbene ultimately took his MBA out of the hospital and into the industry side of respiratory care. He started as a sales representative for Maquet. Dabbene then advanced to a regional manager for the northeast critical care division for Getinge, which acquired Maquet several years ago. He manages a team of 11 — six sales representatives and five clinical educators in his current position.

“Obtaining my MBA helped me a great deal when I was a sales representative and even more now as a regional manager,” he said. It provided him with tools like the SWOT analysis, which he uses along with his team to strategize and make decisions. It also gave him the necessary confidence to hire the right people for his team and help other regional managers hire the right people. “As part of my MBA program, I took various classes on employment law,” he said. “To be able to pull from those classes certainly helped me and put me ahead of the curve.”

But like Tate, he credits his background in respiratory care with helping him succeed in his new life in industry as well.

“Back in 2004, when the opportunity to join Getinge — then Maquet, Inc. — was presented, I was apprehensive,” Dabbene said. “Being a respiratory therapist gave me the confidence to try something new. I knew that if it didn’t work out, I could always go back to being an RT.”

When he was a sales representative, his years of experience as an RT paid off big time when it came to engaging with customers since the vast majority of them were RT department directors.

“Not only did I know the product better than most, but I could empathize with most RT directors and their staff,” he said. “I had gone through what they are going through. I could speak their language. Having the RT degree definitely gave me an advantage over someone without it.”

Dabbene’s RT background gave him a decided advantage over other candidates when he applied for the regional manager job. He was the only applicant who had both a master’s degree and an RT degree.

“I feel having both is the main reason I was promoted,” he said. “Being able to look at multiple viewpoints is very important, more so today than ever.”

There is a personal note to his RT story as well.

“My wife, Erica, is an RT also, and I wouldn’t have met her and subsequently have our twin boys if it wasn’t for my RT degree,” he said.

The difference is real

Scott Dabbene doesn’t think he would be where he is in his career today without his master’s degree either, and Abigail Tate feels the same about her degree too. Not only did the MBA give her the edge she needed to enter the data-driven world of health care quality, but it has also helped her find the best ways to disseminate findings on quality data to the hospital system as a whole.

“My MBA has definitely been an integral part of my promotions through the company,” Tate said.

Dabbene says his MBA has not only lived up to expectations, but it has also surpassed expectations.

“When I am in a meeting with colleagues who have more experience, knowing that I have my MBA provides me the confidence to know that I belong in those meetings,” he said. “I would strongly encourage anyone who has the opportunity to continue their education to do so.”

Learn more about RT-related master’s degrees on the Find an Accredited Program section of the CoARC website. 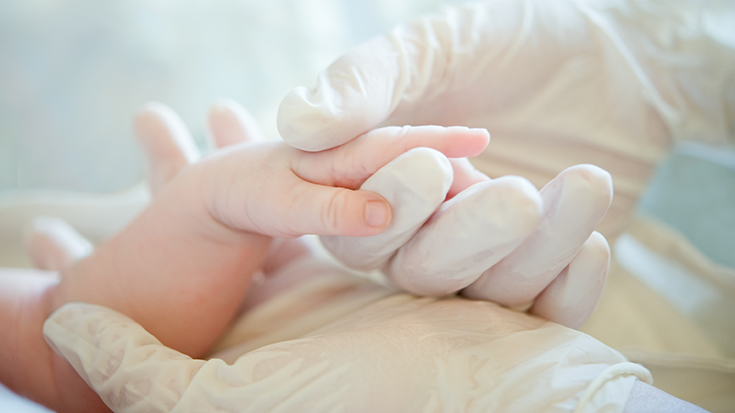 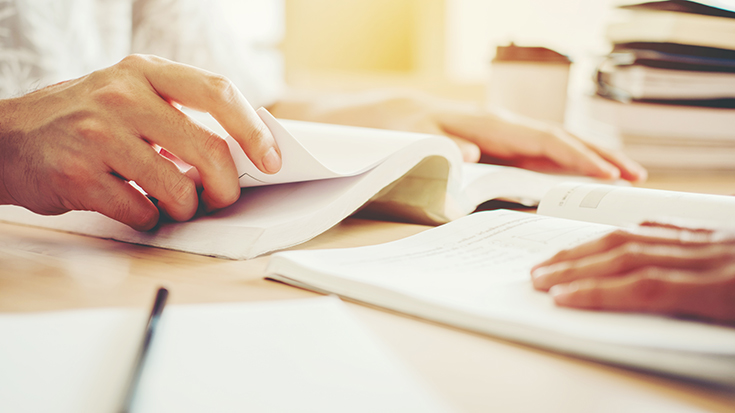 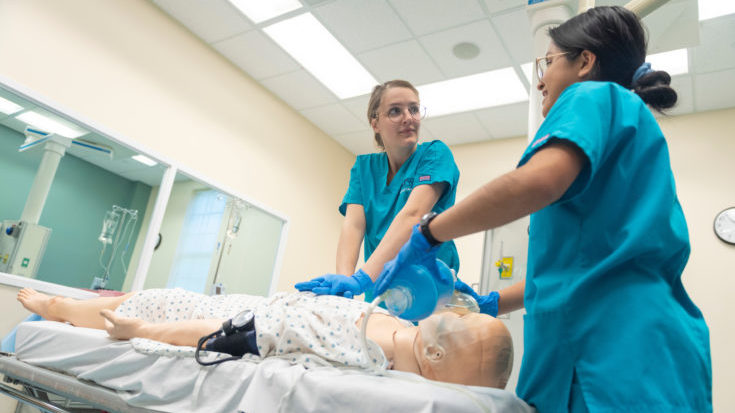