When the pandemic hit last year, Roman Valles, RRT, RRT-ACCS, RRT-NPS, worked as a critical care therapist and flight therapist in Colorado. He was young and healthy and wanted to do more to help the hundreds of people who were falling ill with COVID-19, so he volunteered to travel to the hardest-hit areas of the country and pitch in.

His first assignment was at NewYork-Presbyterian Hospital in Manhattan. On Aug. 6, he was reassigned to a small Baylor Scott & White facility in Sunnyvale, TX, right outside of Dallas-Fort Worth. Roman Valles often strolls through this tunnel in a park in Brighton, CO, where he comes to get away from the world for a bit and think about life and how thankful he is to still be here after all he went through during his battle with the virus.

“As a respiratory therapist, I was there for a lot of very sick patients, from their first admit date till their last breath, responding to traumas, code blues, and rapid responses every shift,” Valles said. He worked with the health care team to intubate patients for respiratory distress due to COVID pneumonia. Valles placed patients on ventilators so their lungs and body could rest and fight the virus. He rounded with doctors and nurses to discuss and plan the next step for patients and how to get them better.

Then the unthinkable happened.

“After weeks of treating COVID patients in the COVID ICU, I started to feel ill,” he recalled. “I remember losing my taste and smell.” The next day he started coughing up blood, and he knew he had to get to the hospital. He drove himself to Medical City Arlington and was admitted on Sept. 26. After two weeks there, two of his closest friends — and RN and RT at Peak Medivac International, the flight company he also worked for in Colorado — came and picked him up by Lear jet and transferred him to his home hospital, St. Anthony’s Hospital in Lakewood, CO.

Overall, he spent 40 days in the ICU and 72 days in the hospital while his care team worked tirelessly to save his life.

It was a daunting 72 days for patients and caregivers alike. His treatments ran the gamut from high flow nasal cannula to heated high flow to BIPAP. He received steroids, Remdesivir, blood thinners for the pulmonary embolisms he developed, convalescent plasma, and other antiviral medications.

“After being on BIPAP for a few days, I developed a pneumothorax and had a chest tube placed,” he said. “I was then intubated and put on mechanical ventilation for respiratory failure.” He developed ARDS and was placed prone with high ventilator settings, then went into cardiac arrest. Three rounds of CPR were undertaken after he received propofol. His lungs had shut down, and he went into renal failure and was placed on dialysis.

It didn’t look good, but Valles would be one of the lucky ones. His body began responding to the treatments he was given, and he slowly began to improve. He believes receiving care from his own work-family made all the difference, and being an RT himself meant he always knew what was happening and what to expect next.

RTs were especially integral to his treatment.

“It meant the world to me to have received care from respiratory therapists in Texas and in Colorado,” he said. “Every RT that was involved did an outstanding job in my care, and I trusted every single one of them.”

It helped to have his sister by his side throughout it all as well.

Roman Valles has now gone back to work at St. Anthony’s on a part-time basis, but he admits he is not 100% recovered. He still has shortness of breath on exertion and continues to experience whole body pain. He has some peripheral neuropathy from being prone, and pulmonary function testing has shown moderate restrictive disease. He will follow up with his pulmonologist and have CTs and Echos to measure his heart and lung function.

But he looks on the bright side.

He believes the experience has given him a new perspective on patient care.

“I have always treated every patient as if they were my loved ones,” he said. “But now I know how one feels.”

Valles is happy he chose to be an RT, and he has appreciated the newfound admiration for the profession that the pandemic has brought about.

“We are heroes, and I want to thank every single one of you who are out there risking your lives to help and save. Be strong — we are RT strong,” he said. “This is why I am here, and this is why I got this second chance.” Pandemic Stories: How an RT with Asthma Ended Up in a Hazmat Suit Testing People for COVID 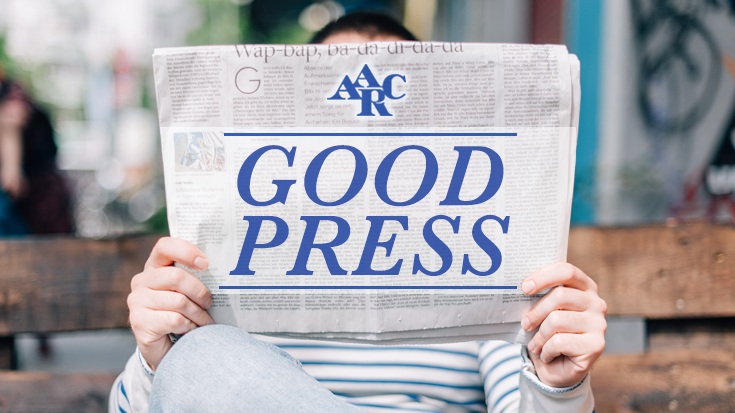 Member in the News: A Year on the Front Line