Extracorporeal carbon dioxide removal (ECCO2-R) is a form of extracorporeal gas exchange designed to remove carbon dioxide from the blood across a gas exchange membrane at low blood flow rates (200-1500 ml/minute).1 This is done without a clinically relevant effect on oxygenation, as opposed to extracorporeal membrane oxygenation (ECMO), which is employed mainly for oxygen delivery at high blood flow rates (2,000-7,000 ml/minute). ECCO2-R has been referred to as low-flow ECMO and respiratory dialysis by some clinicians.2-3

ECCO2-R systems generally consist of a drainage cannula placed in a large central vein or artery, a gas exchange membrane, and a return cannula into the venous system. Figure 1 shows an ECCO2-R system called the Hemolung RAS from Alung Technologies, Inc. Some systems employ a double lumen cannula in which blood enters one lumen, then goes through the gas exchange membrane and back into the venous system through the second lumen contained in the same cannula (figure 2). Blood is pumped through the gas exchange membrane, where CO2 is removed by diffusion. A “sweep gas” that has little or no CO2 runs along the opposite side membrane, ensuring that there is a diffusion gradient that promotes CO2 removal. There are two general approaches: venovenous (VV)-ECCO2-R and arteriovenous (AV)-ECCO2-R.4

In the VV configuration, blood is drawn from a central vein through a drainage cannula using a centrifugal or roller pump to generate flow across the gas exchange membrane. The drainage cannula is conceptually the same as a dialysis catheter and hence is smaller than the typical ECMO catheter (13-19 Fr). CO2 is removed through diffusion to the sweep gas and returned to the venous circulation.

With AV-ECCO2-R, the blood flows from the femoral artery through a gas exchanger and back into the contralateral femoral vein. Sweep gas is again used to create the CO2 gradient allowing for diffusion. This type of system uses the patient’s cardiac output as the pump. AV-ECCO2-R needs an arteriovenous gradient > 60 mmHg and a cardiac index > 3L/min/m.2,5

The use of ECCO2-R is not without risk. The main complications associated with ECCO2-R are catheter-related complications (distal limb ischemia, compartment syndrome, and pseudoaneurysm formation), bleeding risk (despite the use of heparin-bonded circuits), hemolysis, and clot formation. Anticoagulation management can be a challenge and must be closely monitored.

While an entire literature review relating to ECCO2-R is out of the scope of this paper, areas of this subject where interest has increased will be reviewed. Experimentally, it has been shown that ECCO2-R devices can remove enough CO2 to allow a 50% reduction in alveolar minute ventilation leading to a significant reduction in PaCO2.3 Clinical evidence for the efficacy of CO2 removal dates to the late 1970s.6 The authors were able to show the CO2 removal by ECCO2-R would allow for lower frequency ventilation and lung rest.6 However, subsequent studies did not show positive outcomes, and the complication rates were relatively high.7-8

Current evidence supporting the use of ECCO2-R is limited. Most of the published data is observational and retrospective in nature. This introduces the possibility of selection bias, and results need to be viewed with this in mind. Most of the studies involve the use of ECCO2-R in patients with chronic obstructive pulmonary disease (COPD) and hypercapnic respiratory failure. There are also reports of ECCO2-R use for patients with ARDS, asthma exacerbations, during thoracic surgery, and as a bridge to lung transplantation.

All these studies were non-randomized, and none showed any definitive advantage in terms of intubation rate, length of stay, or mortality with the possible exception of Del Sorbo et al.11 Their results did point to a potential signal indicating a beneficial effect of ECCO2-R with respect to intubation rate and mortality. Currently, there are several studies ongoing examining the use of ECCO2-R in this patient population. Of note, because of its large randomized controlled nature (180 subject target), is the VENT-AVOID Trial (NCT03255057). The aim of this study is to examine the use of ECCO2-R in COPD patients experiencing an exacerbation who are: 1) At risk of NIV failure to try and avoid intubation and, 2) Patients who are intubated to try and enable earlier weaning. The study is ongoing at this time.

In patients with ARDS, ECCO2-R has appeal due to its ability to remove CO2 and help facilitate lung protective ventilation through a reduction in tidal volumes and plateau pressures. However, to date, there is only one prospective randomized controlled study comparing an ultra-protective ventilation strategy versus standard lung protective ventilation strategy in patients with moderate to severe ARDS.13 This study did show that ECCO2-R was workable and safe while, at the same time, enable the use of lower tidal volumes (3 ml/kg predicted body weight). Unfortunately, the study was stopped early since there were no differences in meaningful outcomes (duration of mechanical ventilation, length of stay, and mortality). However, a post hoc analysis revealed that there was a significantly higher proportion of successful weaning in subjects with severe ARDS (P/F ratio < 150).

Other areas where the ECCO2-R has generated interest include during thoracic surgery, as a bridge to transplant, and for asthma exacerbations. There are a few case reports of the ECCO2-R use in patients undergoing thoracic surgery to facilitate one-lung ventilation in patients who otherwise would not have tolerated the surgery.14 Patients awaiting lung transplantation who develop life-threatening hypercarbia may also benefit from ECCO2-R by using it as a bridge to transplantation. A couple of case series reports have reported the successful use of ECCO2-R in this clinical scenario.15-16 ECMO has been used in the past to manage asthmatics experiencing an exacerbation. However, if hypercarbia is the main problem, ECCO2-R may have more appeal because it is simpler to use and less invasive. A couple of case studies have reported its successful use.17-18

Role of the respiratory therapist

Due to its relative simplicity compared to ECMO, ECCO2-R can theoretically be used by any trained ICU staff. However, Respiratory Therapists (RTs) are most qualified to manage it. In all likelihood, patients in need of CO2 removal will be on either NIV or invasive mechanical ventilation, therapies primarily managed by RTs. An RT is usually one of the first to see hypercapnic patients in the emergency department, during rapid responses, and in the ICU for intubation.

Early identification of these patients is vital to prevent progression to invasive mechanical ventilation. After ECCO2-R is initiatied, CO2 removal becomes a balance between NIV/invasive mechanical ventilation management and ECCO2-R management (sweep gas in particular). Important parameters to monitor include respiratory rate, breathing pattern, arterial blood gases (ABG’s), and hemodynamic stability. ABG target values are generally: pH > 7.35, PaO2 > 55 mmHg, SpO2 > 88% FiO2 < 40%. Commencement of weaning from ECCO2-R is a clinical decision that is driven by the above-mentioned parameters. Once deemed ready to wean, the sweep gas is reduced until it is no longer needed – kind of a spontaneous breathing trial. If the patient’s respiratory rate, breathing pattern, hemodynamics, and ABG’s are stable, then the cannula can be removed at the decision of the clinical team.

ECCO2-R appears to be an effective therapy for patients experiencing hypercapnic respiratory failure and can enable clinicians to optimize lung protective ventilation. At the present time, however, the evidence is lacking that supports more widespread use, and ECCO2-R should be considered a research tool rather than an accepted clinical procedure. More robust research using randomized controlled trials targeting meaningful outcomes (intubation rate, duration of mechanical ventilation, length of stay, and mortality) is urgently needed. 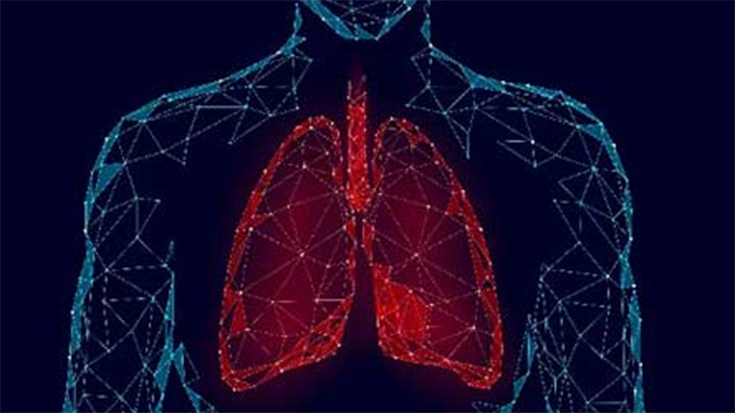 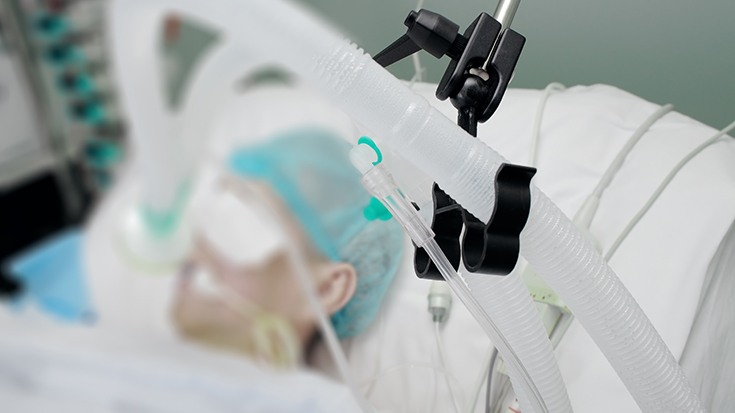 ECRI Recommendation Statement on Safe Cleaning and Disinfection of Ventilators