We asked colleagues at the AARC to share with us their Black History Month inspirations. Employees have highlighted their family members, friends, and others who have influenced and impacted their lives.

My Black History month inspiration is my sister Mary. She encouraged me to be a part of a historical moment regarding President Barack Obama’s election as the first Black President of the U.S. Mary deeply felt that his inauguration was a moment in history that she wanted to be a part of. She brought me along with her, sponsoring the entire trip. She and I explored the area Pre-Inauguration and experienced an electrifying environment full of positive energy and excitement. When we arrived in D.C., we did not have tickets for the actual inauguration, which was ok, because the crowds, people, and activities around allowed us to celebrate. One night we decided to visit the historic restaurant Ben’s Chili House. While waiting in line to get in, a man approached my sister and me and started making small talk. He then asked if we had tickets to the Inauguration, we said no. The stranger then asked if we had tickets would we go, and of course we said “YES,” he then gave us two tickets so we could attend.

We jumped up and down with excitement. Come to find out, he was with a tv crew in the D.C. area and was surprising visitors with tickets. We ended up attending the Inauguration with an awesome view of the action.

Mary is one of my Black History inspirations because her drive to be at the inauguration, in person, and encouraging me to go gives me the opportunity to tell my children to never give up on what they want. No matter how big it seems, stop saying “can’t” and keep striving even in the face of obstacles. I chose Major General (Ret) Dana Pittard. We went to elementary, junior high, high school, and West Point together. We were both brats (sons of military fathers) and moved quite frequently but always crossed paths at key moments in our lives growing up. We were great friends at West Point. Dana was better known for track skills than for being a model cadet at the Academy. However, when he graduated, he immediately excelled as a leader and rapidly rose in rank.

He was always known as a Soldiers’ Leader as he was a role model through his strong intellect, physical presence, professional competence, and moral character. He was also not afraid to be creative and innovative, which often put him at odds with his chain of command. During the Iraq war, as a Brigade Combat Team (BCT) Commander as a full colonel, Dana controversially decided to employ fired Iraqi soldiers as “consultants” to assist in rooting out Sunni and Shia rebels. The strategy worked extremely well and proved to have saved numerous US soldier lives. Other BCTs adopted it throughout the conflict. Dana took a great personal risk to his career to employ this strategy but knew it was the best thing he could do to protect his soldiers and accomplish the mission.

For these reasons, I have looked up to Dana much of my life and consider him the brother I never had. My father, who is in the picture with Dana and me as freshmen (Plebes) at West Point, always considered Dana a son to him as well. Loney Clinton Gordon is my inspiration because she assisted in developing the vaccine for whooping cough. Loney was born in Arkansas in 1915; she went on to attend Michigan State College and earned a bachelor’s degree in home economics and chemistry in 1939. After being told “white male chefs would not want to take orders from a black female dietitian,” she found her place at the Michigan Department of Health’s Grand Rapids laboratory. Soon after, she worked with Pearl Kendrick and Grace Eldering (two female doctors) at the Western Michigan Laboratories. This work involved the development of a viable vaccine against Bordetella pertussis (the bacteria that causes whooping cough).

Loney isolated an especially virulent strain of pertussis that made an even more effective vaccine than the first. Kendrick and Eldering combined the vaccines for three diseases – diphtheria, pertussis, and tetanus. This work made Kendrick a world-renowned expert in pertussis and vaccine field trials, and she traveled widely as a consultant for the World Health Organization. Loney continued to work in laboratory medicine until her retirement in 1978. She lived long enough to be recognized for her contribution to the development of the whooping cough vaccine in 1997. Loney passed away in July of 1999. She was inducted into the Michigan Women’s Hall of Fame in 2000.

Loney Clinton Gordon was a pioneer who overcame obstacles and remained diligent. The hatred of others directed her life to a laboratory. Even when she did not receive recognition for her accomplishments at the time of the development of the vaccine, I am certain she found comfort in helping children. I always have a feeling of warmth and peace when helping others, even when the praise is given to the entire team. For me, the first person I think of is my high school choir teacher, Freda Middleton. Get those jazz hands ready because this was Show Choir! She taught me confidence — not to shy away from my abilities. (Which I did once and realized she didn’t include me in the solos for our concert. Learned my lesson.) I only had her for two years, but she left a lasting pier in my foundation. 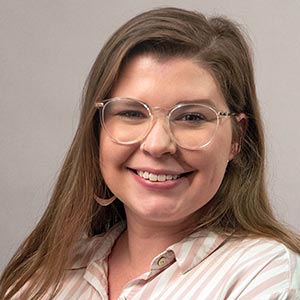